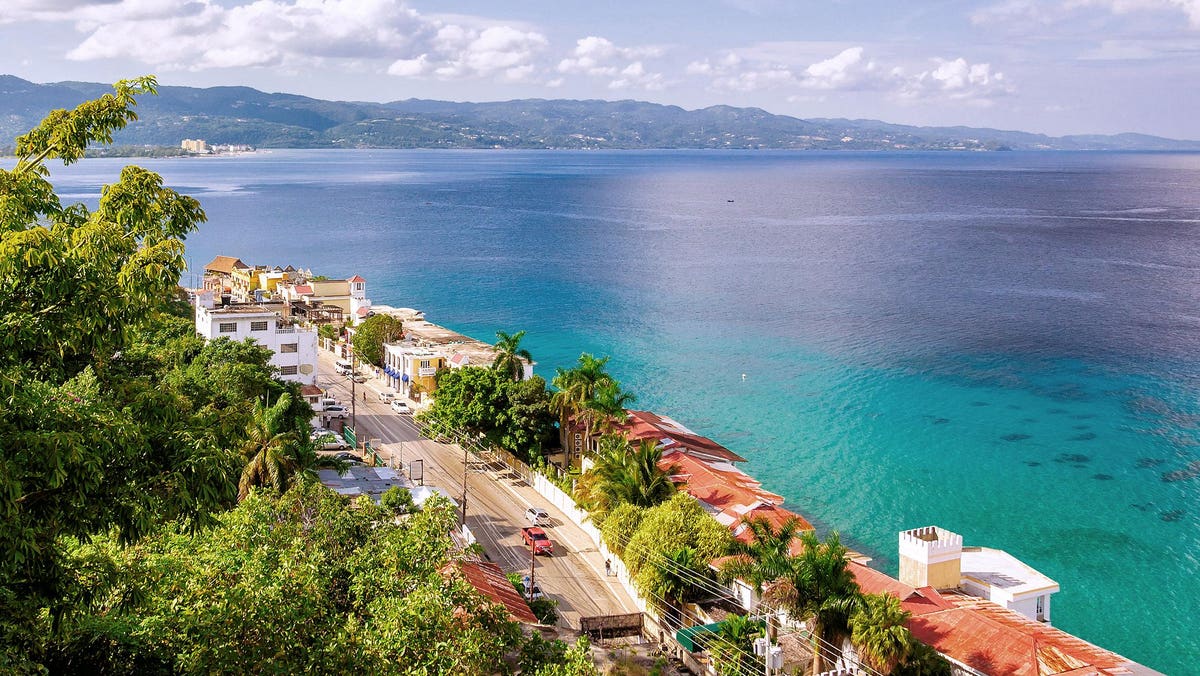 If you look hard enough, you can find something enticing about nearly every city on the map. But that’s the great thing about the 20 places on this list—the calendars are so full in these buzzing metropolises over the next 12 months that you won’t have to do much searching at all.

From one of the world’s biggest sporting events to milestone anniversaries to massive new hotel projects, these global destinations can’t wait for January to get here. If you seek travel inspiration to kick off the new decade, Forbes Travel Guide’s editors curated a wanderlust-inciting list that spans from Monterey to Macau. Read on to see which cities will have their moments in 2020.

Plus, the NFL is bringing its draft to Vegas (April 23-25) and relocating the Raiders to the new Allegiant Stadium.

Ancient history and modern living meet in this bustling beach city along Israel’sMediterranean coast. While no day in this urban hot spot would be complete without a few hours on the golden sands (check into The Setai, Tel Aviv for a front-row seat to sea), you’ll also want to make time for the newly opened White City Center. Commemorating the 100th anniversary of the Bauhaus architecture movement, the museum spotlights the city’s unique look—the UNESCO-designated White City zone is home to more than 4,000 Bauhaus-style buildings, the largest such collection in the world. 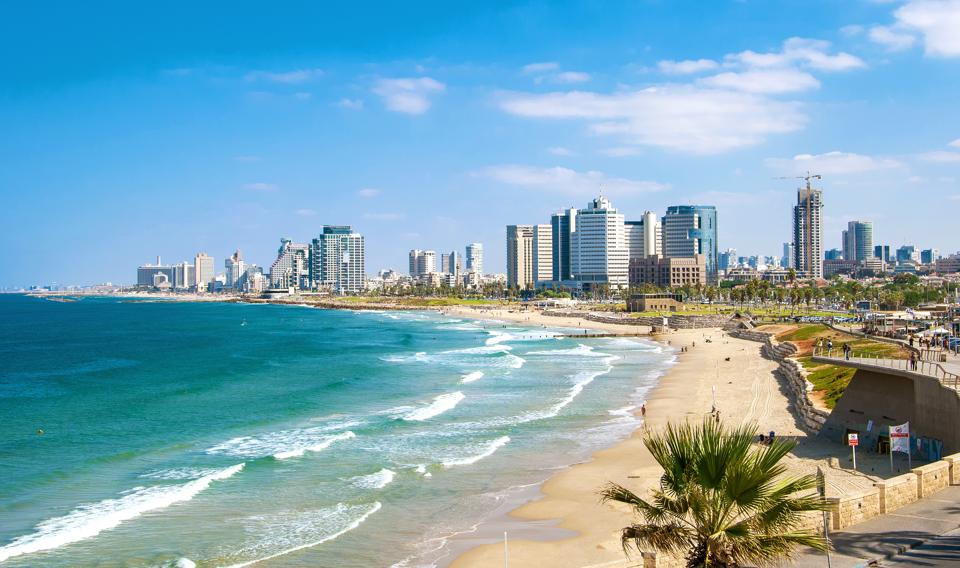 Macau observes its 20th anniversary as a Special Administrative Region of China on December 20. Since Portugal transferred sovereignty in 1999, Macau has established its identity as a destination with a rich culture, luxurious hotels, world-class restaurants and lavish casinos.

But it’s looking to branch out and lure in more international visitors. Macau is more accessible than ever—unlike most of China, U.S. citizens don’t need a visa to come here, and the new Hong Kong-Zhuhai-Macao Bridge makes it a snap to travel among the cities (though there are restrictions).

With fresh hotels (including Grand Hyatt Nashville and The Joseph), classic stays (Five-Star The Hermitage Hotel, led by female managing director Dee Patel, will have a year-long celebration honoring the 100th anniversary of the women’s suffrage movement), new attractions (like the National Museum of African American Music) and spruced-up old favorites (Nashville Zoo will more than double in size), Music City will hit all the right notes in 2020. 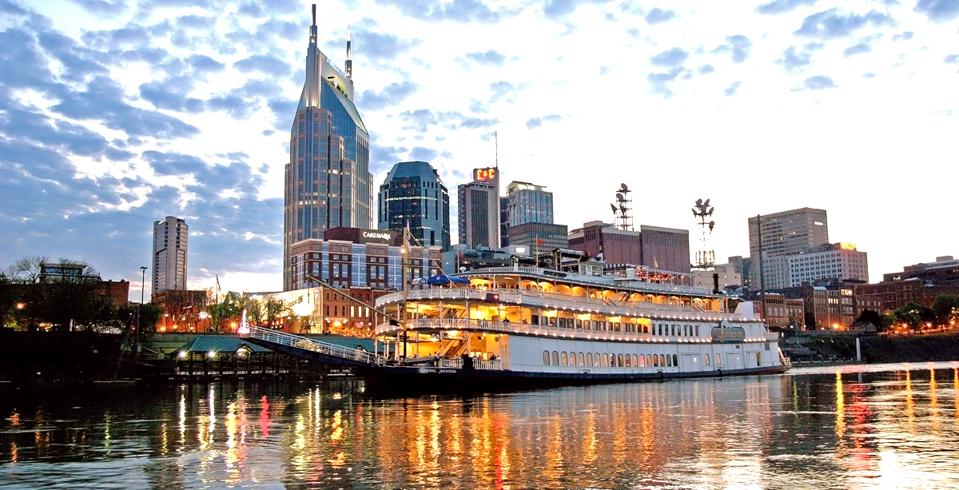 Hurricane Irma devastated the region, but this cluster of Caribbean paradise is experiencing a rebirth. Two of the territories’ top hotels—The Ritz-Carlton, St. Thomas, which reopened last November after a $100 million renovation, and Rosewood Little Dix Bay, set to debut in January—are eager to show off chic new looks and reconnect visitors with water adventures that never get old, from catamaran cruises to sailing excursions.

With its sun-drenched beaches and Blue Zone (regions where people tend to live longer than average) designation, the Hawaii of Japan should be high on your travel radar this year.

Leading up to July’s Olympic opening ceremony in Tokyo, the prefecture will play host to a two-day leg of the Games’ torch relay. Follow the flame as it travels from Naha in the north to southern city of Itoman.

Head here for your own wellness journey at classic retreats (including adults-only Hyakuna Garan and sophisticated The Ritz-Carlton, Okinawa) and newly opened hideaways (Halekulani Okinawa, the first overseas outpost from the Hawaii brand) across the island chain. 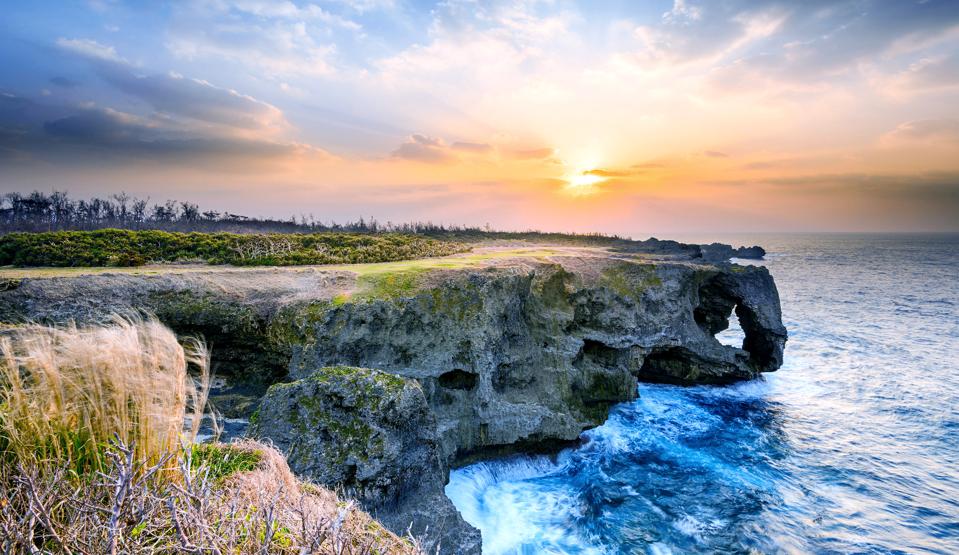 In a city known for over-the-top luxury, there’s always something splashy and new. But when Dubai hosts the 2020 World Expo, it will mark the largest event to be staged in the Middle East and a first for the region. Running October 20 to April 10, the expo, expects to bring in millions of visitors to see the first Emirati opera, more than 200 food and drink spots, eye-catching architecture and art, and much more.

The city is preparing for the big event with a roster of new hotels, like the recently opened Mandarin Oriental Jumeira, Dubai, the forthcoming The Royal Atlantis and Dubai’s first St. Regis. 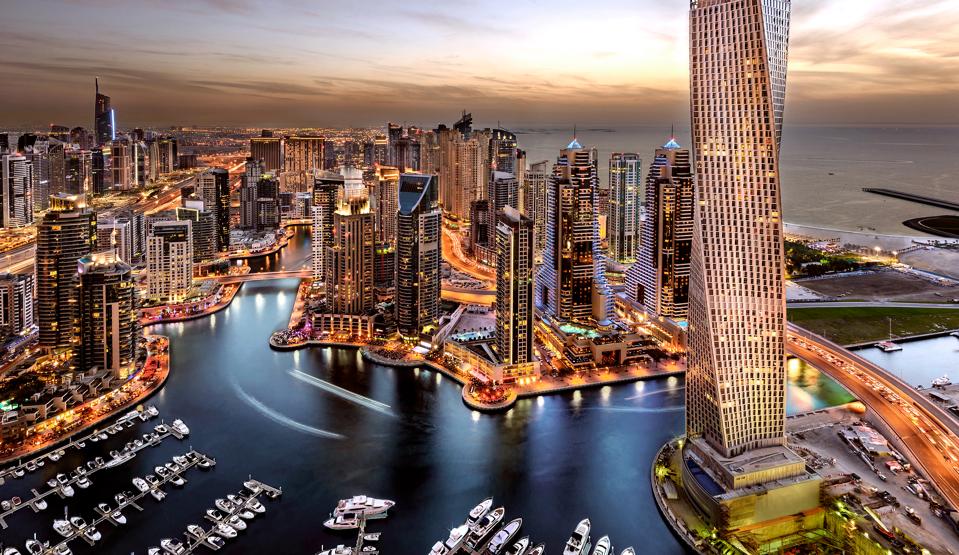 The world turns its collective head toward Japan’s capital for the 2020 Summer Olympics from July 24 to August 9. But even after you’ve checked out of The Peninsula Tokyo once the closing ceremony concludes, keep close eyes on the city, for it will continue its winning ways with hotel openings (including the Four Seasons Hotel Tokyo at Otemachi, EDITION) and debuts of long-awaited attractions (Universal Studios Japan’s Super Nintendo World). 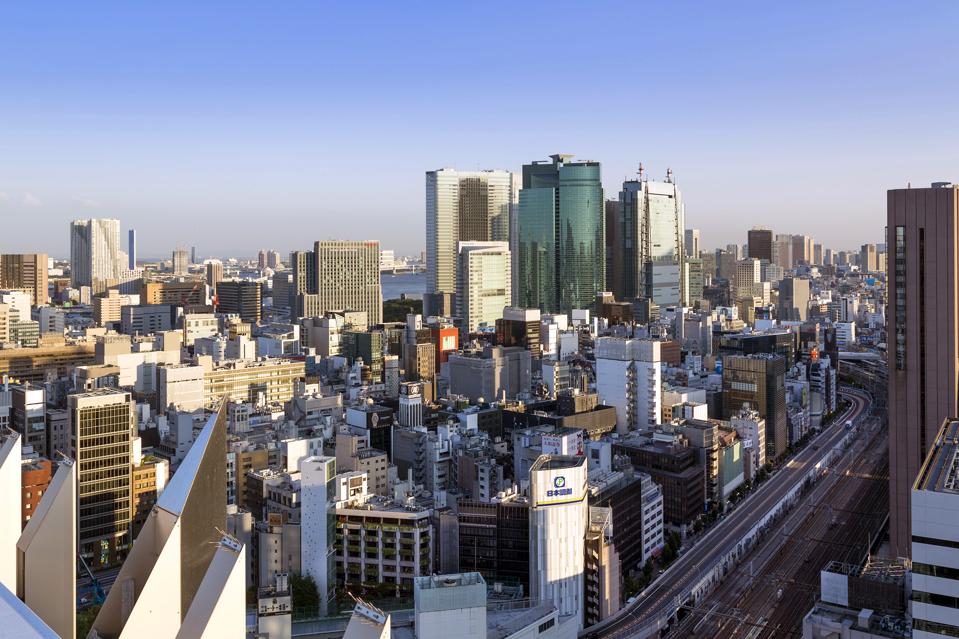 There are already a host of reasons to visit Scotland’s capital, from the Military Tattooat Edinburgh Castle to the famous Festival Fringe. Next year promises to bring even more excitement as the evolving city debuts new attractions like the three-story Johnnie Walker Experience (part museum, event space and whiskey shop) and the massive Edinburgh St. James mixed-use complex.

To accommodate festival-goers and Scotch-seekers, the city also is unveiling new luxury accommodations (100 Princes Street) to add to Edinburgh’s stellar lineup of high-end stays (which include The Balmoral, a Rocco Forte Hotel and Waldorf Astoria Edinburgh—The Caledonian). 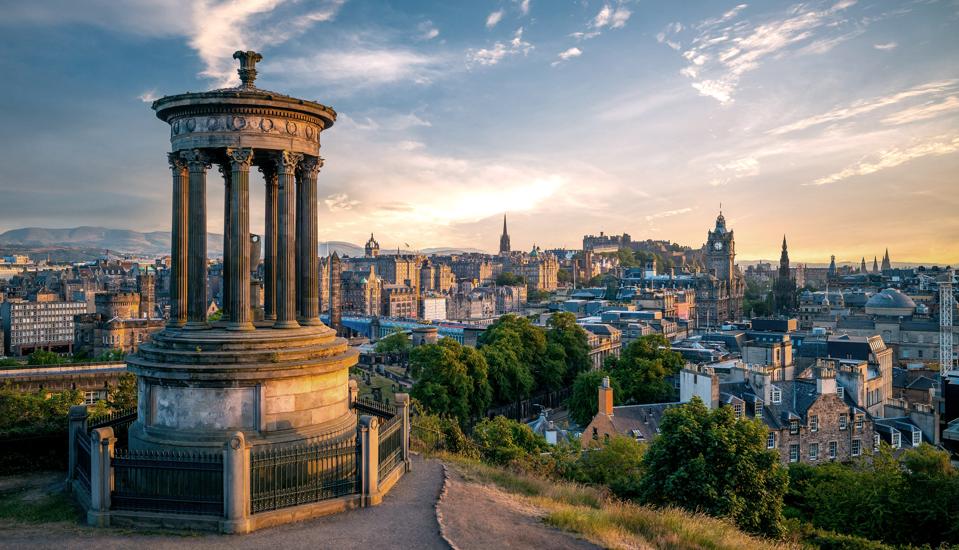 Following a string of wildfires, this resilient Wine Country enclave is open for business. The area’s picturesque vineyards, delightful restaurants and gorgeous galleries offer all the elegance of Napa without the crowds. 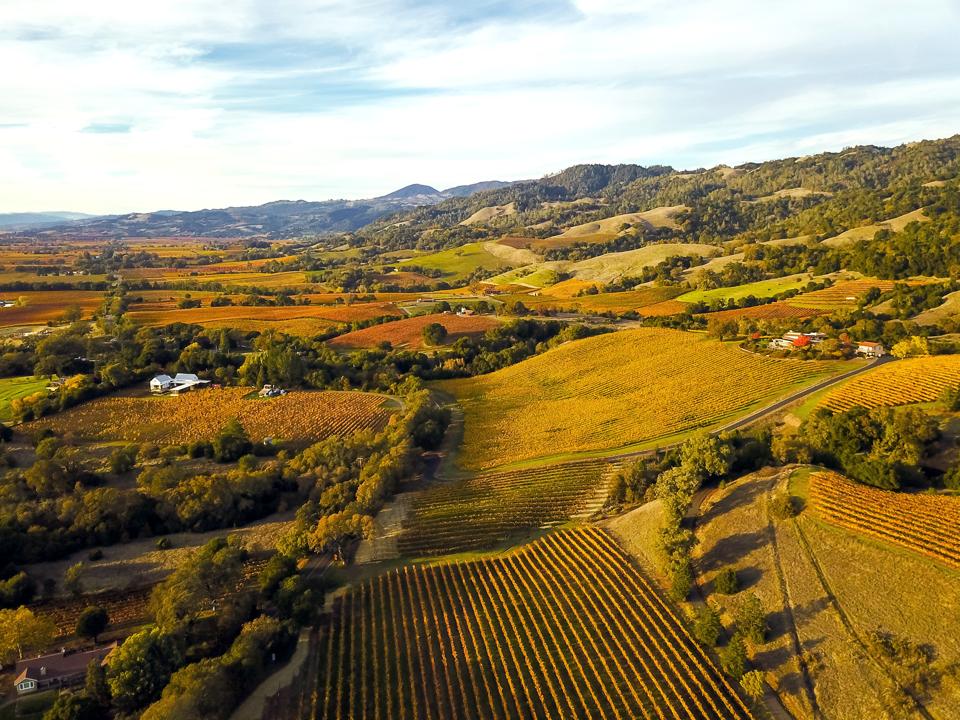 Saudi Arabia recently launched tourist visas for the first time, hoping to draw more than 100 million visitors by 2030. They’ll come for Diriyah, a UNESCO World Heritage Site that’s being reimagined into a cultural and entertainment powerhouse with a slew of restaurants, hotels (including an Aman property), museums, a golf course, a Formula E racetrack and a 15,000-seat arena (full disclosure: FTG’s vice chairman is overseeing the project).

The city eagerly anticipates the tourism spike, with established properties like Four Seasons Hotel Riyadh at Kingdom Centre and The Ritz-Carlton, Riyadh at the ready. 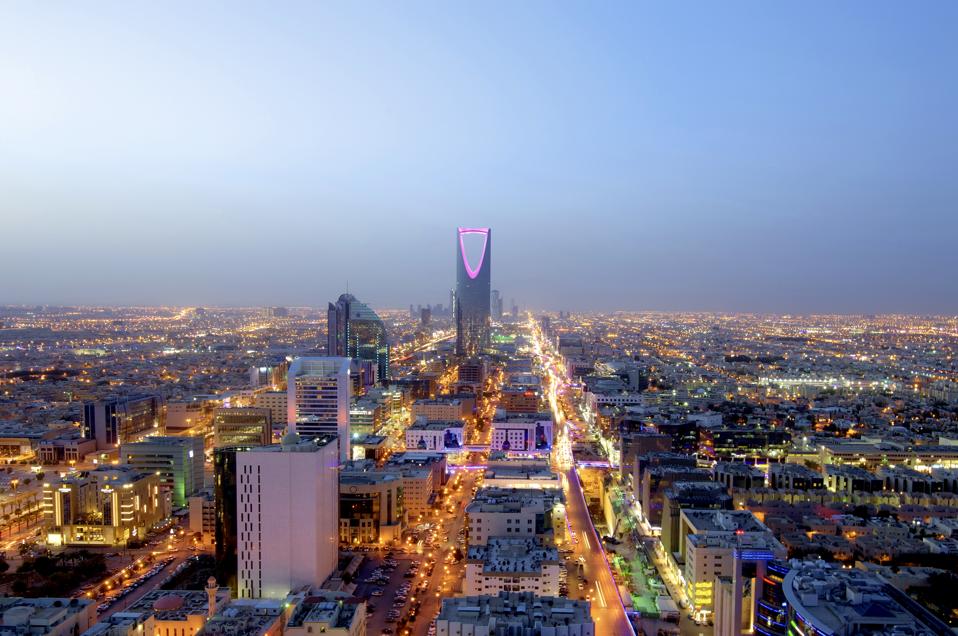 The Eternal City celebrated the 500th anniversary of Da Vinci’s death in 2019, and 2020 will honor that of Raphael. The Renaissance painter will be featured in a Scuderie del Quirinale exhibit (March 5-June 14, 2020) that will include a 1504-06 self-portrait and Madonna of the Goldfinch. More of his works are on view in the Vatican Museum’s Raphael Rooms.

For artistic accommodations, try Villa Spalletti Trivelli, a regal former home of a count and countess, or Rome Cavalieri, A Waldorf Astoria Resort, a hotel dripping in opulence. 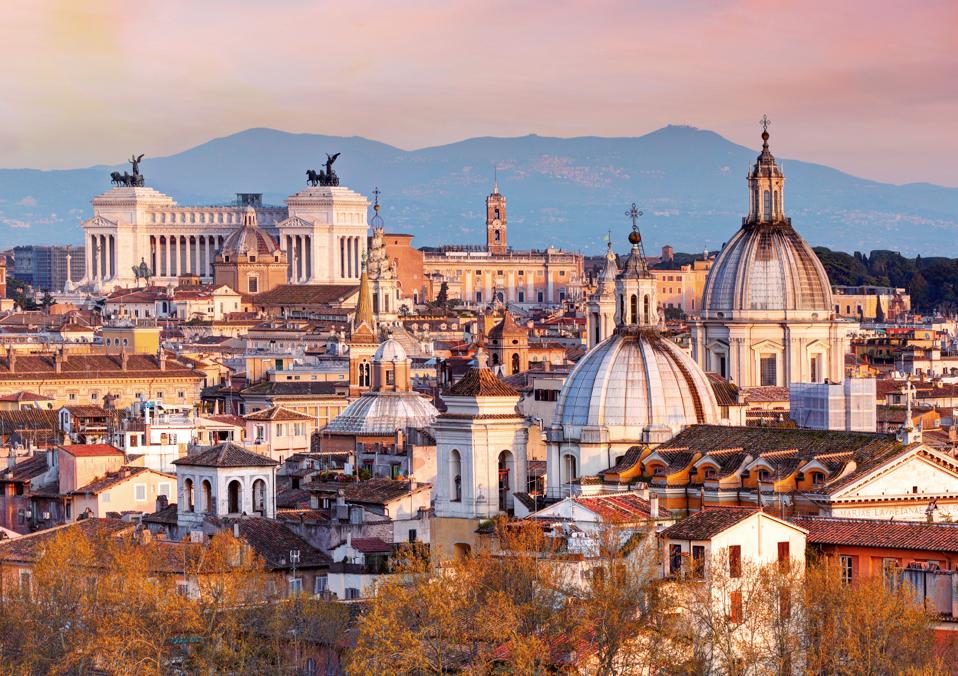 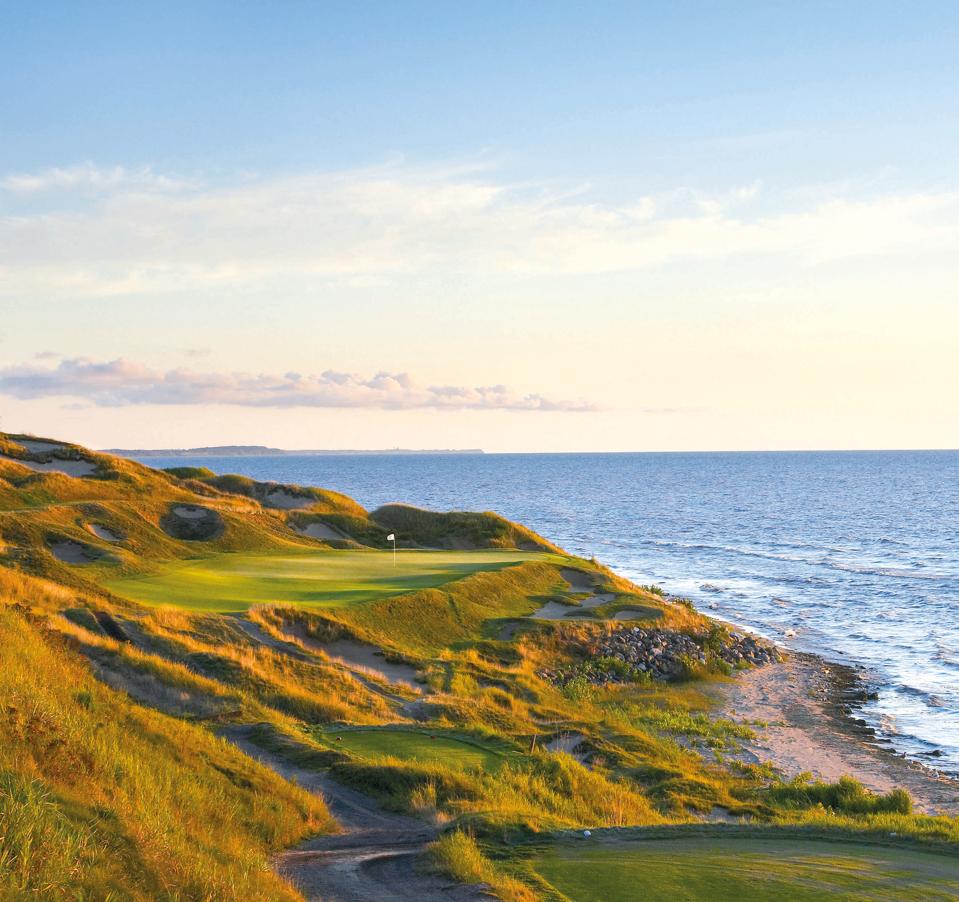 You’ve likely never heard of this small town an hour north of Milwaukee. But you will, once the Ryder Cup tees off here in 2020. The Pete Dye-designed Whistling Straits will become the first public course to host the competition since 1991.

Even if you aren’t a golf fan, this destination warrants a visit—it’s home to The American Club and Kohler Waters Spa, Wisconsin’s only Five-Star hotel and spa, respectively. (Both come from Kohler Co., which ensures their top-of-the-line bathrooms and spa facilities.) For a more secluded getaway, try the hotel’s new standalone cabins, where everything from a gourmet brat fry to spa treatments comes to you.

If the awe-inspiring scenery in Big Little Lies didn’t prompt you to visit this coastal beauty, then use Monterey’s 250th anniversary as an excuse. Embark on one of the best road trips in the U.S. through the region and make stop-offs for innovative Five-Star cuisine at Aubergine at L’Auberge Carmel, historical walking tours, golfing at famed Pebble Beach and relaxing in Monterey Plaza Hotel & Spa’s newly renovated spa—including soaking in the Spa Suite’s side-by-side tubs, which overlook Monterey Bay.

A wave of activity pushes Thailand’s capital to the top of our itinerary. It was named a UNESCO Creative City in October; hot new hotels are popping up (including Capella Bangkok, Four Seasons Hotel Bangkok at Chao Phraya River and The Orient Express—the first property from the luxury train brand); favorite stays are getting a refresh (the iconic Mandarin Oriental, Bangkok unveiled a made-over River Wing in November, the biggest renovation in its history); and there’s always news on the food scene (Supanniga Eating Room’s recently opened outpost in the hip Charoenkrung area features Bangkok’s first rosé bar). 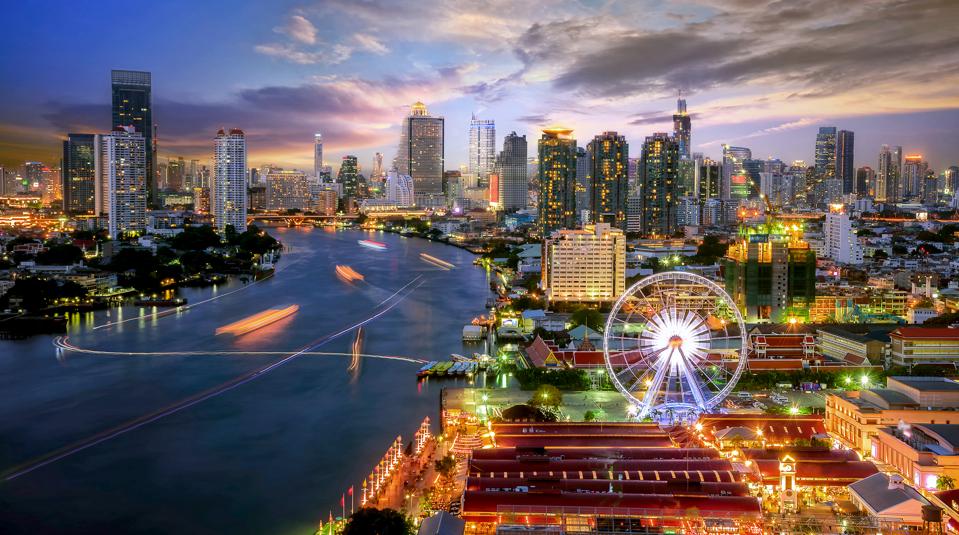 To see more of SMA, visit a bar with a view, like Rosewood San Miguel de Allende’s Luna Rooftop Tapas Bar, which overlooks the city—or Atrio or Quince, both of which put you up close to the skyline star, Parroquia de San Miguel Arcángel. But the best way to take in the city’s splendor is from Live Aqua Urban Resort San Miguel de Allende’s new hot-air balloon. 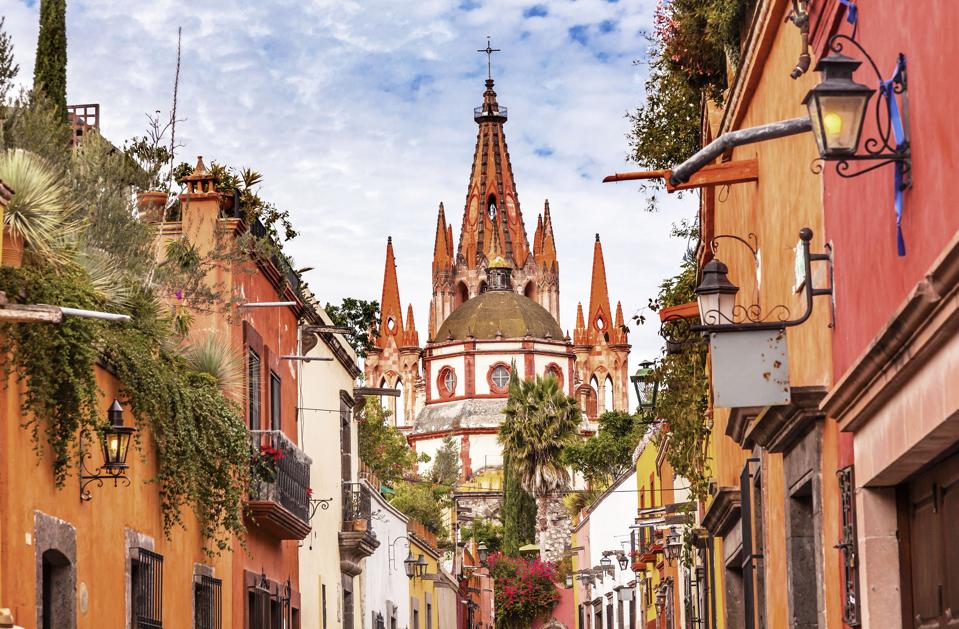 No Time To Die, the 25th installment in the James Bond movie franchise, premieres in April. Some of the film’s scenes were shot in Jamaica, an island that Bond creator Ian Fleming called his seasonal home for nearly two decades. Retrace his steps (or those of 007) in Montego Bay by kicking your feet up on Half Moon Jamaica’s gorgeous grounds or trying something shaken not stirred at Round Hill Hotel and Villas’ Seaside Terrace.

Another reason to visit: March will see the debut of Eclipse at Half Moon, a hotel-within-a-hotel with 57 accommodations, two restaurants, three bars, a Fern Tree – A Salamander Spa, an infinity-edge pool and a private beachfront with a natural swimming cove. 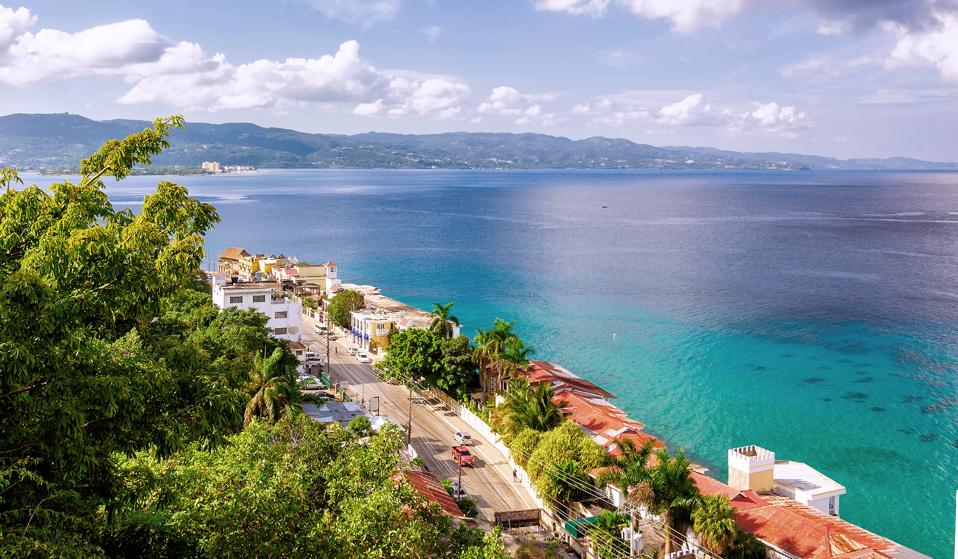 A trip to this magical chain of Indian Ocean atolls is always a good idea. But in the new year, the Maldives’ sparkling blue waters make an even bigger splash with exciting renovations (COMO Cocoa Island, Maldives), smashing debuts (Capella Maldives) and new wellness offerings from established resorts (The St. Regis Maldives Vommuli Resort’s Visiting Practitioners Series) that we can’t wait to experience.

This romantic Russian city is a picturesque introduction to the country with its colorful buildings, regal architecture and myriad museums—and in recent years, its flourishing modern nightlife. Russia’s cultural capital is primed to show its underrated sporty side in 2020 when it plays host to the country’s inaugural Ironman triathlon (taking place July 19) and four matches of soccer’s Union of European Football Associations (UEFA) Euro Cup in June.

Check into Four Seasons Hotel Lion Palace St. Petersburg so that in between matches the property can arrange VIP access to the State Hermitage Museum or a behind-the-scenes tour of Mikhailovsky Theatre, where you can watch ballet dancers and opera singers prepping for a performance. 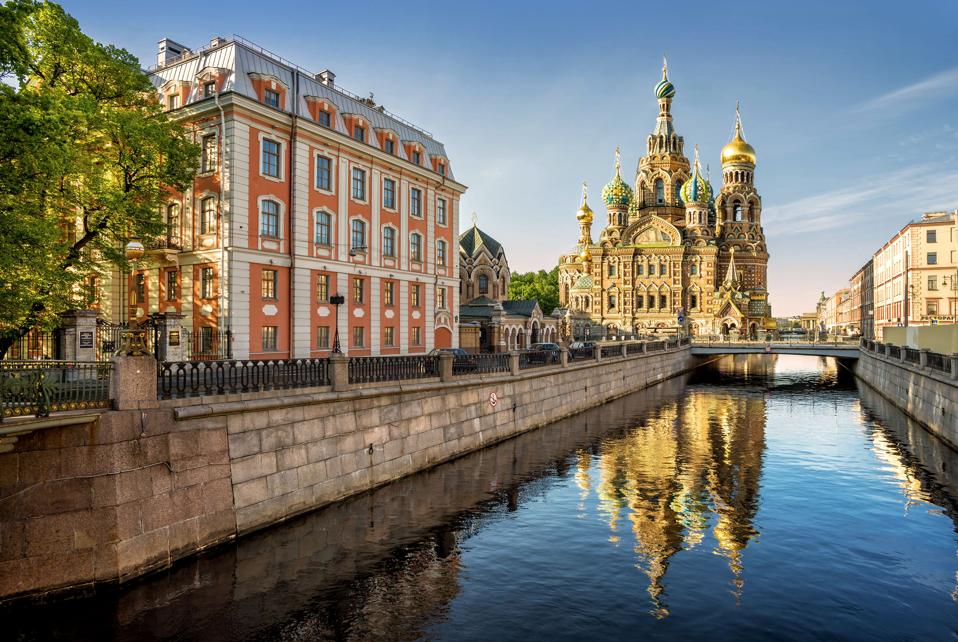 With its photogenic Winelands, ever-evolving art scene and influx of high-end hotels (including Taj Cape Town, The Silo), the Mother City should be high on your bucket list. The upcoming year will provide a prime opportunity to visit as United Airlines begins non-stop service from Newark to the South African capital, promising to shave up to eight hours off travel time. 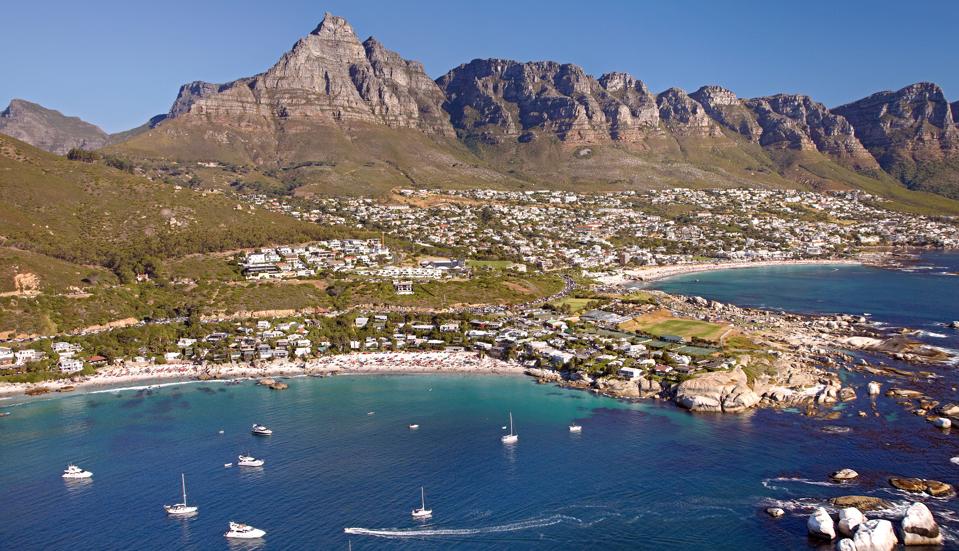 Get Forbes’ daily top headlines straight to your inbox for news on the world’s most important entrepreneurs and superstars, expert career advice, and success secrets.

Best Destinations in the World

Cheap Flights To The Caribbean Cities

Flying to India at the lowest air fares